Sailfish Of The North 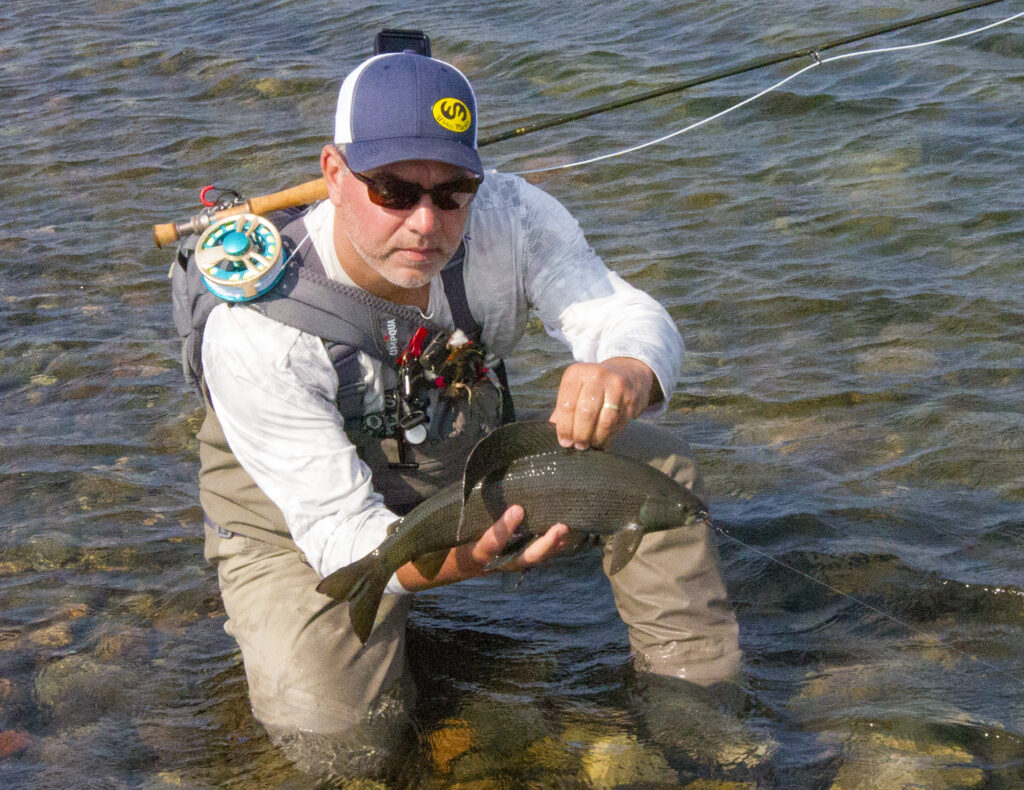 Relatively rare in the south because they are sensitive to pollution, “bluefish” still school in northern rivers and streams.

Technically there are 6 different species of grayling but the Arctic Grayling is the only one found in North America. In Northwest Territories, the Grayling has the largest natural range of any sport fish.

Grayling can only survive in cold, clean water, something that we have plenty of in Northwest Territories! Similar to their cousins (trout) they live in some of the most pristine watersheds in the world.  They do not get as large as Lake Trout, but we regularly catch fish in the 18 plus inch, 3 pound range right on the beach in front of the lodge, which is considered a trophy Grayling anywhere in the world.  Grayling are a beautiful yet unique looking fish, most well known for their sailfish like dorsal fin.
They are a voracious species and will eat almost anything.  You will hardly ever describe these fish as “picky” but they can be an absolute blast to target on lighter fly gear.  Bring along that 3, 4, or 5 wt and spend an hour or two on the beach in front of the lodge or in the river casting dry flies for this iconic species.  The large size grayling that inhabit our local lake and numerous unnamed rivers love mouse flies!  Fun fact about Grayling, some Northwest Territories Arctic Grayling have been known to live to be over 30 years old!  This is especially remarkable when you consider the harsh environments they inhabit in northern Canada.  In winter time, Grayling can tolerate surprisingly low levels of dissolved oxygen (something that is very common in waterbodies that freeze over) which helps them survive the long, cold Northwest Territories winters.
While they may not have the size appeal of the huge lake trout, we encourage all of our guests at Aylmer Lake Lodge to spend at least an hour or two of their trip targeting this underrated gamefish.